Article Intro Text
On July 14, 2022, AlexRenew welcomed and dedicated Hazel, a 380-ton tunnel boring machine that will build toward Alexandria’s healthier waterways future. Hazel will be used to dig a network of deep tunnels and sewers that will connect to Alexandria's four combined sewer outfalls, preventing millions of gallons of combined sewage from polluting our rivers and streams each year.
Content

Read on to learn more about Hazel and see the full album of photos from her TBM Welcome Reception.

Hazel is a state-of-the-art, underground powerhouse that was custom-built to construct a new tunnel under Alexandria to stop combined sewage from polluting its waterways. She carries the namesake of Hazel Johnson, one of America’s leading women pioneers for environmental justice.

“Today is a monumental day for Alexandria and our waterways,” said Karen Pallansch, AlexRenew’s General Manager. “It’s a huge step forward in our commitment to deliver healthier waterways by 2025.” 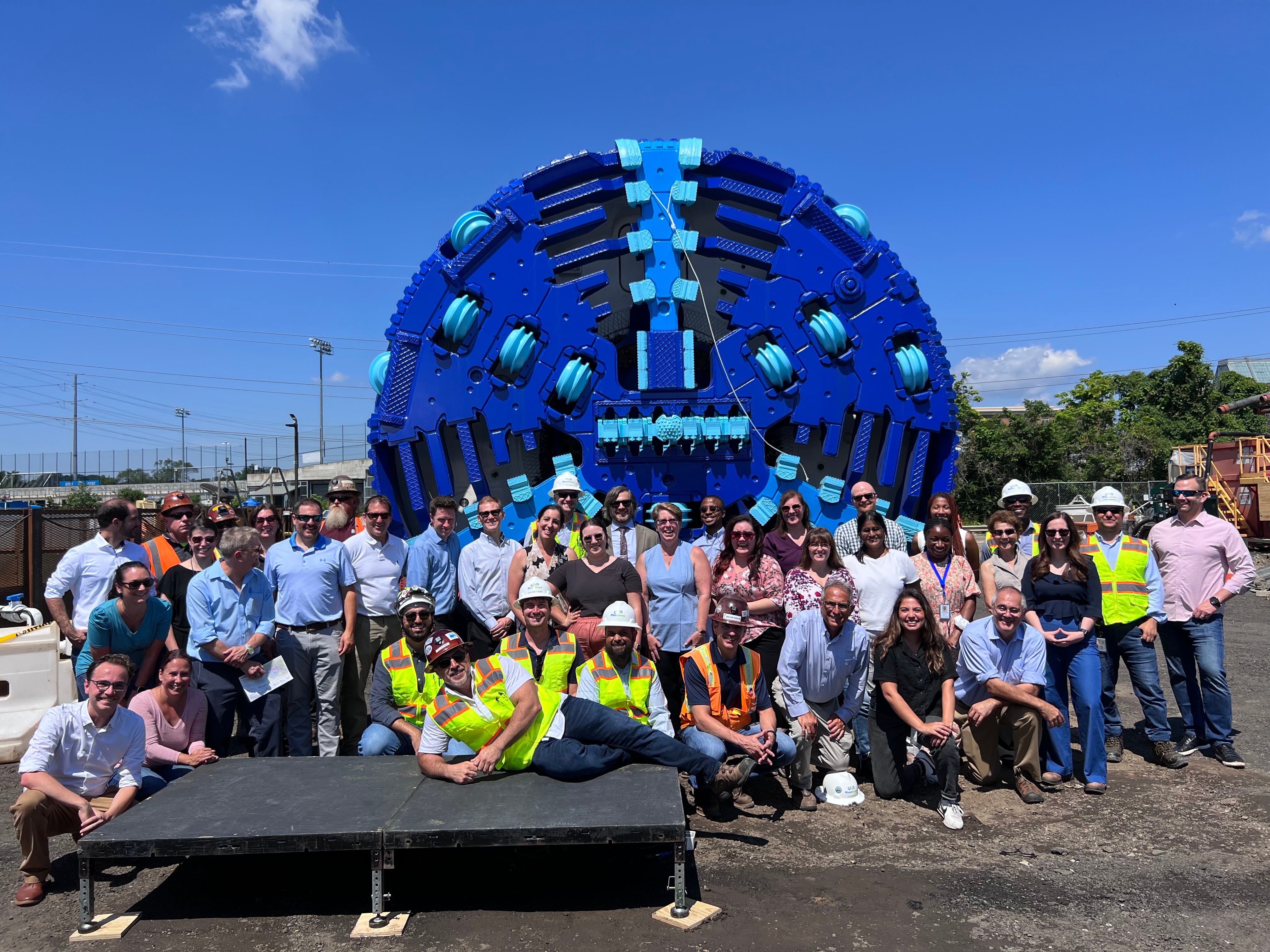 The arrival and dedication of the TBM is a major milestone for RiverRenew, the largest infrastructure project in Alexandria’s history, and a critical part of meeting state-mandated deadline of July 1, 2025. Once completed, RiverRenew will prevent over 120 million gallons of combined sewage from polluting the Potomac River, Hunting Creek, and Hooffs Run each year.

Hazel will dig and construct the two-mile-long Waterfront Tunnel more than 100 feet below ground to capture, store, and transport combined sewage to AlexRenew, where it will be purified and returned to the Potomac River.

“There’s nothing more important than keeping our communities clean, safe, and healthy. AlexRenew is proud to promote such influential environmental stewardship in our region, and we couldn’t accomplish any of this without the staunch and tireless support from our public and private partners,” Pallansch concluded.

Hazel Johnson is affectionately known as the mother of the environmental justice movement. Her mission to build a healthier community through a healthier environment began in the late 1970’s on the South Side of Chicago. Her community had some of the highest cancer and respiratory illnesses in the city, which was linked to environmental pollution.

In response, Hazel founded an organization to educate those disproportionally impacted by pollution and fought for a safer environment. Hazel’s core belief was that everyone deserves to live in a clean, healthy environment regardless of who they are or where they come from. This sentiment lives at the very heart of RiverRenew.

Through this dedication, we honor Hazel Johnson’s committment to a cleaner and safer environment for future generations through the dedication of this tunnel boring machine, which will build a brighter future for ALL ALEXANDRIANS.

Why a Woman’s Name?

TBMs have historically carried a female name, stemming from a tradition from the 16th century when miners and tunnelers are said to have looked to Saint Barbara for protection and luck while working underground.

Saint Barbara is known as the patron saint of both artillerymen and miners (who often employed the use of explosives at the time), due to her legend's connection to fire and lightning. Even as mining and tunneling techniques have evolved dramatically over the years, this tradition holds strong. 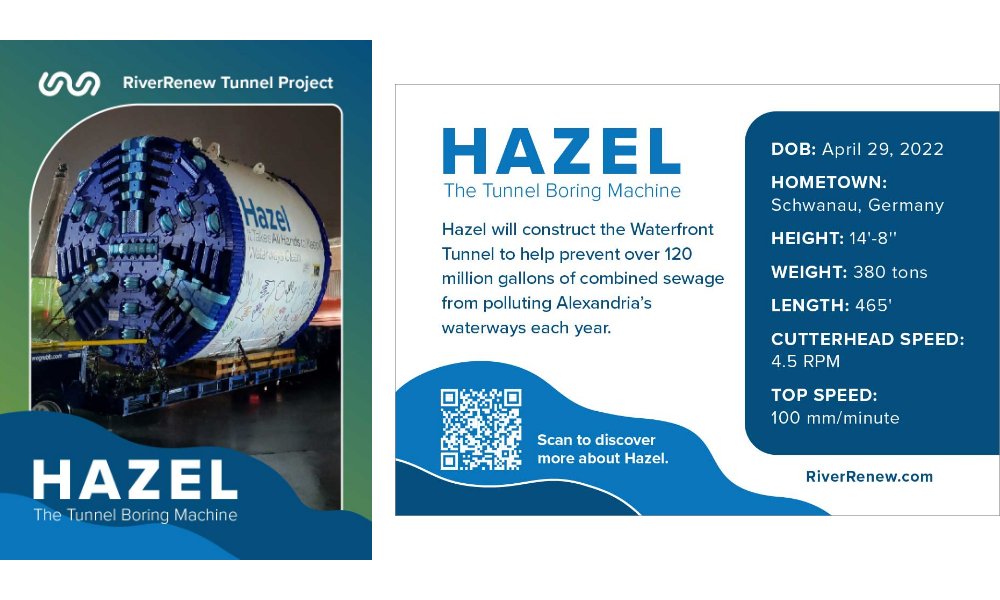